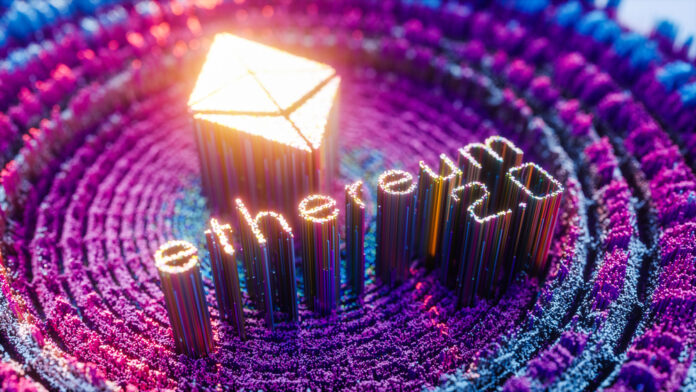 Ethereum’s Merge event has a new launch date. Members of the Ethereum community have decided on a new date for the blockchain’s long-awaited Merge. Finalising the summer with a bang, the network is expected to Merge on September 19, from its current state as a proof-of-work (PoW) to an energy-efficient proof-of-stake (PoS) network.

The new date annoucement caused Ethereum to shoot up by 40% over the weekend, making it jump to a 10-day high, trading at 1.516,25 USD, on Monday afternoon CET.

Beacon Chain community manager superphiz.eth tweeted, “This merge timeline isn’t final, but it’s extremely exciting to see it coming together. Please regard this as a planning timeline and look out for official announcements!”

The Beacon Chain is the PoS version of Ethereum and it is currently running in parallel to the PoW-based mainnet. It is a ledger of accounts that conducts and coordinates the network of stakers. Unlike Ethereum’s Mainnet, it does not process transactions or handle smart contract interactions, but can be considered the first step of Ethereum 2.0 – a massive upgrade set to revolutionize the Ethereum network. Beacon Chain first launched in December 2020, the Merge event planned for September will allow Ethereum to move activity over to this new ledger.

Sassal.eth, an independent Ethereum educator, angel investor and advisor, tweeted the following: ”Goerli, the last public testnet to run through the merge transition should do so around august 11th”.

Testnets like Goerli or Sepolia offer developers an environment to test new updates and make changes to a blockchain network without the risk of collapsing that network or causing unwanted disruptions for users.

This new Merge date annoucement came close after last weeks testnet called Sepolia also ran successfully. Ethereum developers must all agree that enough testing has been accomplished so that the Merge can be unveiled seamlessly. The upcoming September 19 Merge will see Ethereum move into a new era, leaving behind one consensus mechanism and beginning another.